The recent Business Forward event with a keynote from Satya Nadella served as the launch event for the Spring 2017 wave of Dynamics 365 product functionality. If you didn’t catch the live stream, you can see the recordings of the various presentations here. Of if you just wants some snacks from the event, why not take a look at my Storify collection of tweets shared on the event backchannel:

Let’s explore some of the most exciting pieces of news that we know about the upcoming release.

LinkedIn is naturally a big focus for Microsoft, after paying some seriously big money for the network. The first commercial offering from MS on the sales side seems like more of an evolutionary step in bringing the LinkedIn Sales Navigator product closer to Dynamics 365 Customer Engagement. The familiar iFrames will still be how LinkedIn content is displayed in the context of accounts and opportunities, but now also the activities from LinkedIn will show up on the standard Social Pane of Dynamics 365 entities. 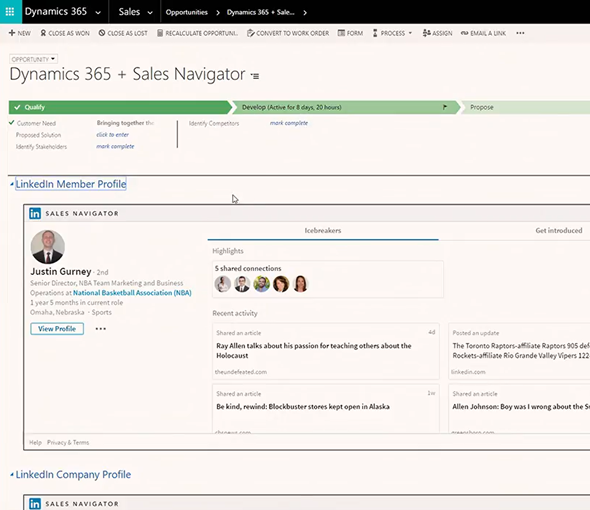 If you think of the old “democratizing social” message we’ve heard with capabilities like Microsoft Social Engagement offered at no extra charge, LinkedIn won’t follow exactly the same pattern. The bundle of Sales Navigator + Dynamics 365 Sales App (not Plan) now called Microsoft Relationship Sales solution still comes with a price tag that will not lead into everyone having unlocked LinkedIn tools and network data at their disposal. Not a huge surprise, since why would you give away this “new oil” for free to customers who’ve just bought the car from you? Those target groups who see value in these sales acceleration tools may still find this to be a better deal than the earlier offers.

The other new product seems to be a bigger step forward as MS enters the Human Capital Management (HCM) game with their Dynamics 365 for Talent app. Again, the foundation here is sure to have a lot of the LinkedIn recruiter functionality covered in a new coat of Dynamics paint, but at least based on the Business Forward live demo this looks like quite a thorough paint job. The sales guys will apparently still be kept largely in the familiar LinkedIn territory in terms of the user experience, but Talent seems like an “authentic” MS app following their design language. 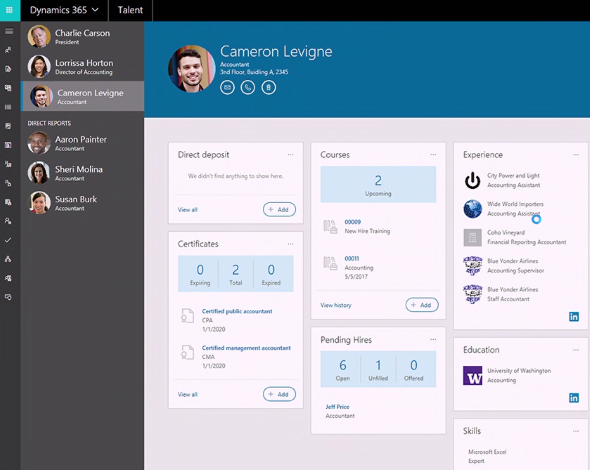 There probably won’t be so much beef in Talent for the XRM people, but the ERP integration with existing AX/Operations HR features surely has great potential.

It’s The Insight That Counts

Talking about other Dynamics products outside of the XRM platform, one new entrant into the scene that has been popping up quite frequently on the recent slides is Dynamics 365 Customer Insights. Judging by what MS showed to the industry analysts at the BF event, there will be some UI changes from the current Preview that will bring this closer to Dynamics and further away from the initial “Azure Customer Insights” version that we saw last fall. 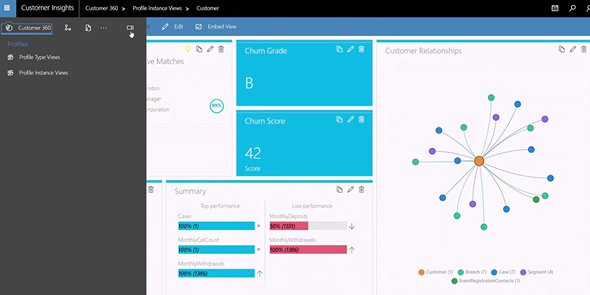 It’s been a bit difficult to evaluate the true capabilities of the Customer Insights application up until now, since actually connecting it with Dynamics 365 data hasn’t been possible earlier. Once all the Azure Data Lake and other elements that this application depends on are fully available across different regions, perhaps we’ll soon get some hands-on experience to contrast with all the big words that have been associated with Customer Insights so far. At least all the segmentation and visualization features appear to be much more targeted towards real life CRM scenarios than some of the more generic analytics capabilities in products like Power BI.

Speaking of which: I almost missed this announcement, but Power BI now as a connector to Customer Insights, which opens up some new scenarios. If the various analytics options didn’t have your head spinning yet, then the new Power BI Premium with on-prem server deployment options might just do the trick.

Looks like there are shiny new applications coming for the Dynamics 365 product portfolio, some of which are leveraging the Common Data Service (CDS) as the backbone. It makes a whole lot of sense to use the latest technology for brand new apps, but that doesn’t mean the XRM platform would have been forgotten. To get a glimpse of what the Spring release will be introducing on this front, you can head over to the Dynamics 365 Roadmap site and pick an XRM based app like Sales, then see the “In Development” lane. Below are a few examples of the items currently listed:

Expect to see the list grow as we move closer to the planned release date. A lot of great features have already been presented in MS events, like in-context Flows in Dynamics 365, or improvements to the user experience. If you want to be the first to gain access to the upcoming features, then be sure to check out the recently announced Dynamics 365 Insider Program. 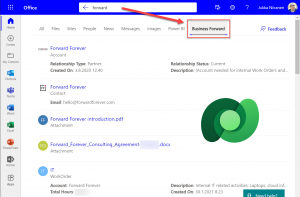 Jukka Niiranen #StandWithUkraine · 21 hours ago
@jukkan
Only a year to go until Google Analytics equals GA4 only, yet the Power BI connector still doesn't support it. Hey @MSPowerBI, any plans to upgrade the connector or will customers need 3rd party solutions for website data reporting on GA4? #PowerBi https://t.co/LsDqR7Ii12
View on Twitter 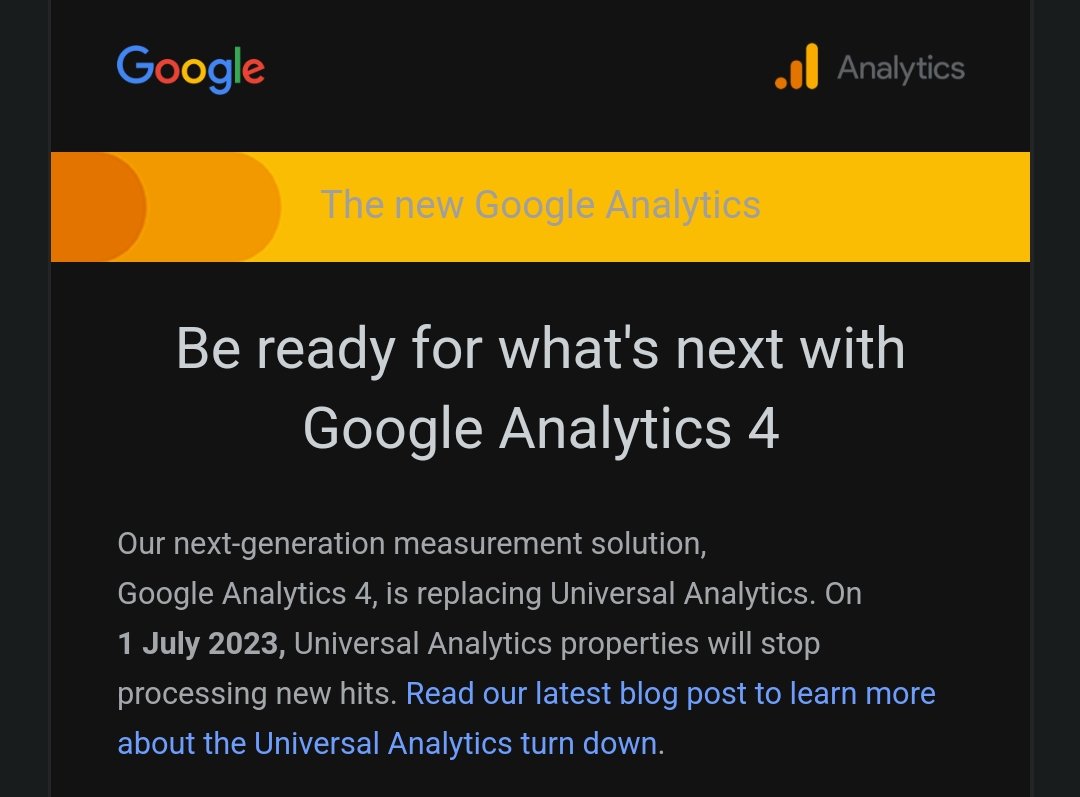 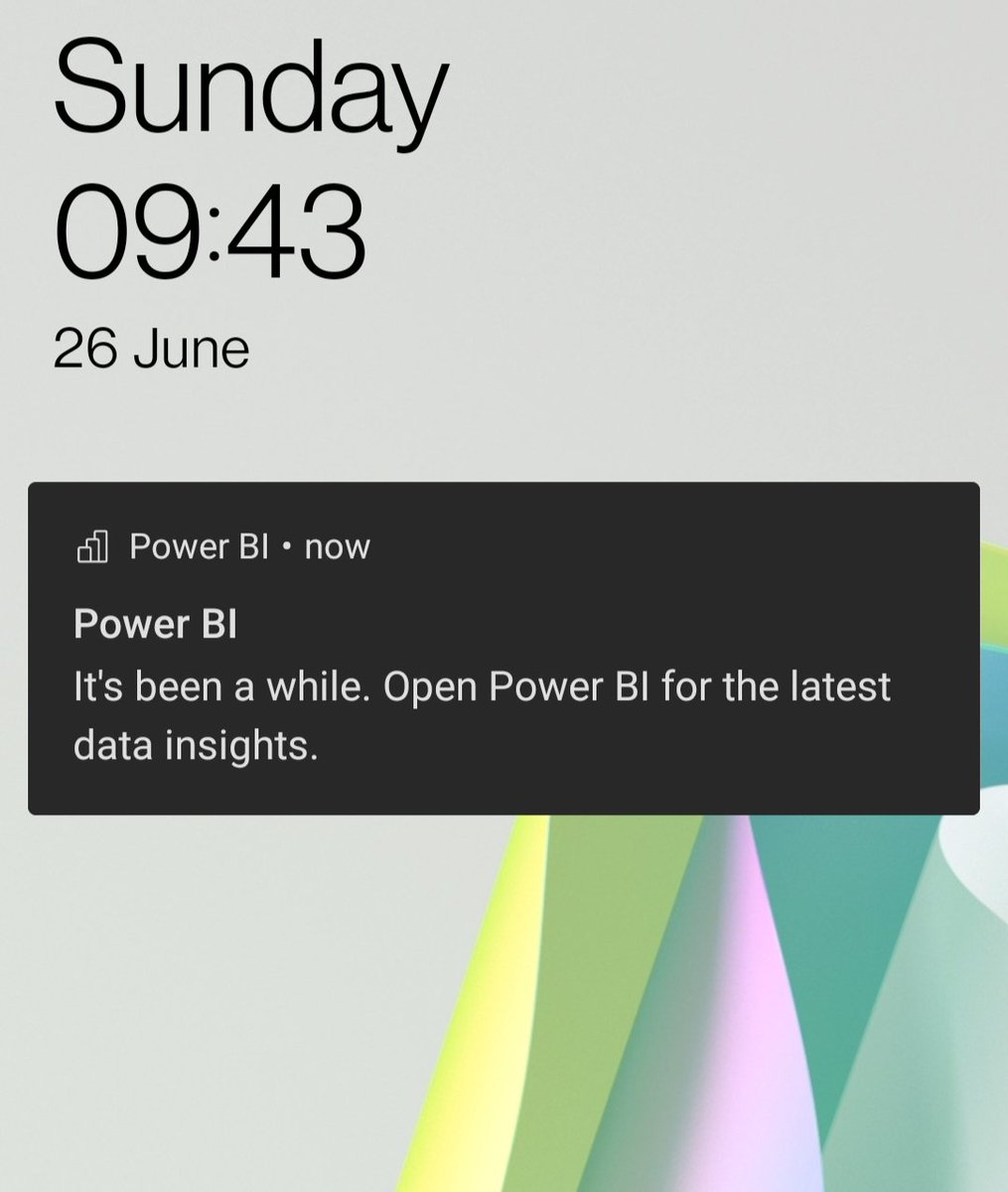 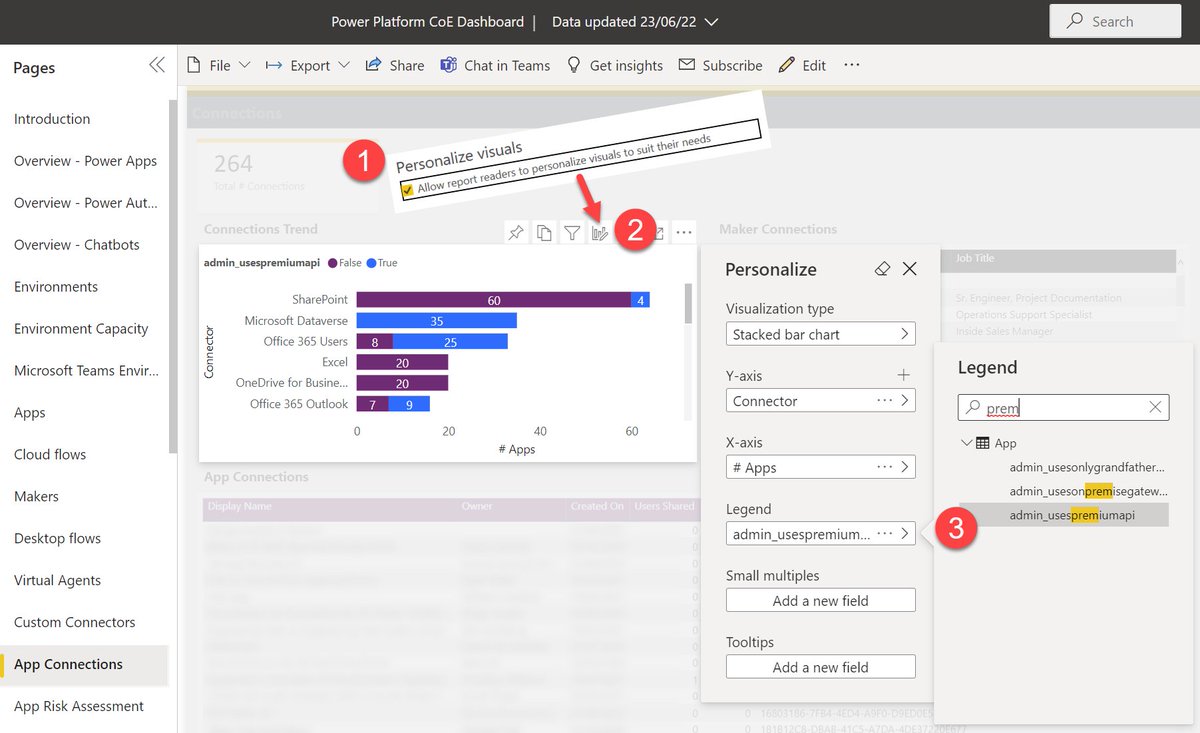