The past couple of months leading to the Microsoft Dynamics 365 commercial launch have been interesting, to say the least. A lot of things happening, but in a way that hasn’t been all too easy to grasp. I’ve started a lot of draft blog articles around the topic yet I haven’t written that much about Dynamics 365 – because I haven’t really known what to say about it. After visiting Redmond last week for the annual MVP Summit and talking to all the awesome Dynamics C… sorry, Business Solutions MVPs, I’ve decided that it’s time to just start putting my thoughts out there. I believe this is the best way to gain more clarity on the topic, rather than trying to come up with the ultimate, complete definition on what Dynamics 365 is and how it will impact different parties.

In Loving Memory of CRM 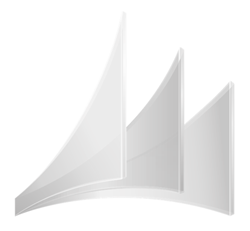 First, let’s get this thing out of the way: CRM is dead. Yes, believe it or not, but from a Microsoft product marketing perspective this is absolute the truth. There isn’t a single SKU available now after November 1st that would carry the three letter acronym we’ve come to know from the Microsoft business software offering during the past 13 years. I wrote an article on this change in branding and why I think it makes sense, so go and have a look at it if you’re interested in the details: “Why is Microsoft dropping ‘CRM’ from its Dynamics branding?”

Second, Dynamics CRM as a technology is totally alive and kicking. It’s bigger than it’s ever been and about to get even more massive with the road ahead that is Dynamics 365. XRM remains the backbone on top of which most of the new Apps in Dynamics 365 will be built. In fact, it’s the non-XRM products in the portfolio that are being axed, with Dynamics Marketing being replaced by a new XRM based Marketing app for Dynamics 365 Business Edition, and Parature being discontinued as the features mostly already exist in the XRM service. So, the real reason why Dynamics CRM isn’t called “CRM” anymore is because it’s grown so far beyond what the humble beginnings of the product were back in 2003.

Third(ly), all of this means we’ve ended up deep in the enterprise territory. The number of different applications included in the Dynamics “customer engagement” portfolio (which appears to be the unofficial new term for the CRM platform) is now so big that no single individual in the world can claim to be fluent in all those areas. As a result, fully deploying these applications into real life business processes is a task that will require significant investments from the customer organization – even if they are configurable cloud apps rather than custom software. The current offering + the new features are now sold under the Dynamics 365 Enterprise Plan for a good reason and the pricing of the whole package has been increased to reflect the potential value that can be derived from it. The SMB story around Dynamics 365 remains unclear as of now and we’ll need to wait a while before the dust settles. To get an understanding of what’s going on there, I recommend you to subscribe to the writings of one Dynamics 365 Fighter Pilot to keep up with the latest news.

The whole story of Dynamics 365 isn’t just about taking two products, formerly known as Dynamics CRM and Dynamics AX, then offering them as a single subscription service. Yes, that ease of acquiring a full business application platform from Microsoft cloud is already a major step forward and a big competitive advantage. However, CRM + ERP <> 365. Don’t settle for that explanation if a Microsoft partner gives it to you, because there’s a lot more to it than meets the eye.

The timing of Dynamics 365 commercial launch coincided with the general availability of two new Microsoft products, PowerApps and Flow. These two cloud services are so intertwined that I don’t actually think they are separate entities, but rather components of a single “thing”. What that thing is exactly is not so easy for even Microsoft to articulate, but I’m expecting the story to evolve quite rapidly on this front. Just recently, the Common Data Model that I covered in a past blog post during its first preview was renamed to Common Data Service, to better reflect the true nature of this piece of the cloud business apps puzzle that Microsoft is putting together. 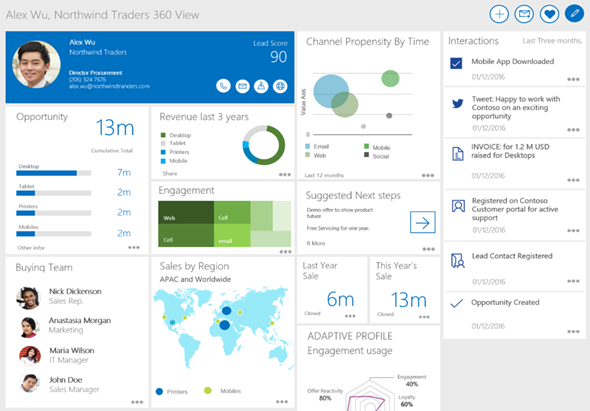 Since both PowerApps and Flow have been advertised not only as parts of the Dynamics story but also the broader productivity offering of Office, they’ve received far more attention in the blogs than a more recent entrant to the scene: Dynamics 365 for Customer Insights. Also known as “Azure Customer Insights”, or “Cortana Intelligence Customer Insights”, it is something that sits outside of the CRM platform, but when viewed from the perspective of business strategy, is definitely very much about CRM. You see, the purpose of Customer Insights is to deliver on the mythical “customer 360” promise that countless customer relationship management initiatives throughout the past two decades have aimed for – and often missed. It is the analytical CRM, where the traditional systems that some of us have spent their whole professional lives developing and deploying are firmly in the operational CRM territory.

Rise of the Machines

This leads us to the bigger vision that Microsoft has around more intelligent computing. While the existing business applications both in the Office and Dynamics product lines are being developed at a more rapid pace than ever before, they alone don’t reflect what the future of business software will be like. The term “transactional platform” has been used by Microsoft in reference to what XRM as we know it represents. This platform is not going away, rather it is becoming increasingly integrated into the direct interactions with customers via different channels, rather than the oldskool salesforce automation scenarios where a sales rep recorded information manually into the CRM system about these interactions. Alongside this platform, a new pillar is being built: the analytical platform.

“What’s so special about that? We’ve had data warehouses and BI tools integrated into our CRM systems for years and years already.” A fair question to ask, my dear fictional reader voice. Data analysis systems are of course nothing new in the realm of CRM, but they have often focused on reporting on the old world of business data coming from CRM and ERP databases. What’s different this time around is that both the sources of data and the quantity of the actual data, which are growing faster than the traditional BI solutions can cope with. You don’t need a new platform to build an even fancier opportunity pipeline chart from the data your sales reps are entering. You do, however need a whole different approach once you start automating your business processes based on the IoT device data that millions of sensors will be sending in a million times a day. 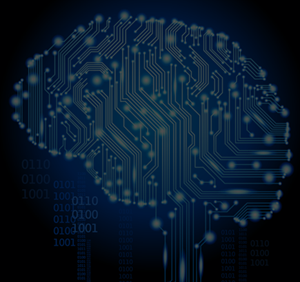 Although it may not seem like an everyday scenario just yet for most Dynamics customers out there, this is the future that Microsoft is very seriously preparing for. As one data point, the newly established Microsoft AI and Research Group has (or will shortly have) 5000+ computer scientists and engineers working on “democratizing AI”. What this means is that machine learning algorithms will be embedded into each and every service that Microsoft offers, to crunch the data inputs from various sources inside and outside your company, in an attempt to make the applications more intelligent. In Dynamics 365, Relationship Insights are the first taste of what added value Microsoft’s data cloud can provide when the algorithms get to work on the communication network data from both XRM as well as  your Exchange Online.

This new form of intelligence will become both a built-in feature of the common business applications as well as a capability that the business application platform allows you to build on top of your customer data, business process data and, increasingly, sensor data. The first examples we’ll see might not be so glorious in practice yet (I’m totally expecting to see some less intelligent recommendations from Dynamics 365 Relationship Assistant), but the machines may well learn faster than many of us would predict. Also, even if your business wouldn’t be manufacturing any smart IoT devices to generate endless streams of data, there’s bound to be other valuable data sources out there that can be connected with your business processes. Microsoft didn’t spend $26B on LinkedIn just to get an excuse to spam you with email every day, so I bet we’re going to see some pretty compelling B2B insights being offered from this treasure trove of professional network data.

Back in the days of oldskool CRM things used to be simple: on one specific date a new package of bits would become available, people would find a server to install it on by following the deployment guide steps and… TA-DAA! Here was your business application! People would start entering letters and numbers into the system via their keyboards, to be later viewed by different people sitting in front of their own keyboards. Now we’ve got cloud software we can’t really touch, rolling out into our virtual subscription containers at an unspecified date, containing new functionality that we’ve barely seen for a few seconds in video stream broadcast online. New cloud apps keep popping up like mushrooms and they form a fungus-like network beneath the surface, communicating with one another in ways we can’t easily observe. They gradually find their way into new business processes and, thanks to the evolving AI capabilities, pretty soon start actively altering the behavior of us mere mortals who interact with these apps via any screen, keyboard not required.

The future isn’t scary, but it’s different. There isn’t anything specifically forcing you to work differently than you did a decade ago with your CRM software, thanks to the backward compatibility of core features and the underlying stack of MS technology. If you’re paying attention, though, you’ll see everything around you being gradually replaced with something else, expanded beyond the borders that used to be there just a moment ago. Close your eyes for too long in this environment and when you open the curtains you might be shocked to see that your cozy lil’ cabin has been surrounded by an urban metropolis that grew around you while you were sleeping. That hectic new lifestyle out there is going to take some getting used to.

It’s not a single thing like the Dynamics 365 commercial launch or the deprecation of CRM as a product name that’s responsible for the change. They are simply logical steps on the way towards a much broader set of tools for a universe of use cases that keeps expanding a lot like our physical one – at an increasing rate. Which means that unless you want to remain stuck on Planet CRM, there’s a lot of space exploration ahead for all of us.