In my previous post I explored the current Dynamics 365 Customer Engagement solution update practices and used the Playbooks feature as an example. Here’s a quick overview of what the actual Playbooks offer. The official MS documentation, “enforce best practices with playbooks”, gives you a list of what the initial October ’18 release of Playbooks […] 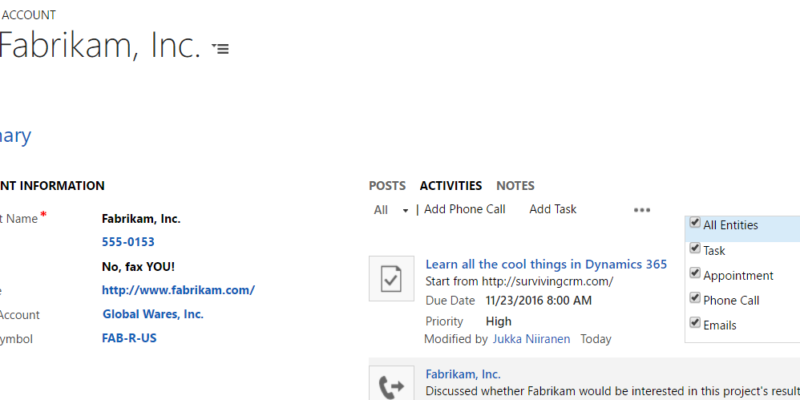 Whenever a new version of Dynamics CRM and now Dynamics 365 (the XRM part) are released, the first thing you should review is the “what’s new” documentation that Microsoft produces for three different audiences: users, admins/customizers and developers. For the “December 2016 update for Dynamics 365” a.k.a version 8.2 of what used to be called CRM, […]

One of my posts that seems to remain in high demand, based on the site visitor analytics, is Advanced Queries with Advanced Find. Written over two years ago, people still tend to read it far more often than the newer posts dealing with the latest trends around Dynamics CRM or instructions on how to leverage […]

Dynamics CRM 2013 was released only a bit over year ago, on October 8th 2013 to be exact. With CRM 2015 already knocking at the door, this seems like ages ago already, even though the actual time between these two major releases is shorter than their marketing names imply. Since the discussions in the Dynamics […] 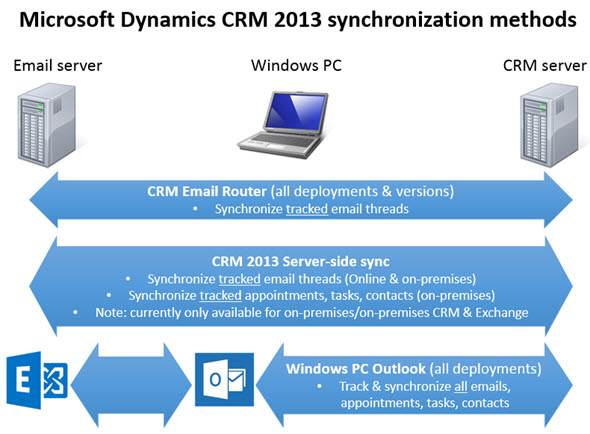 Long before a company has any CRM system in place they will already have a bunch of customer facing activities like emails and appointments in the personal mailboxes and calendars of their employees. Once a CRM system is implemented, these activities will not magically disappear but rather they will continue to be a key element […]

CRM 2013 has introduced many UI features that aim to reduce the number of different windows between which the user needs to navigate while performing everyday actions on records. Since customer relationship management systems are often focused on capturing the various interactions between the company and its customers, activity management is naturally a core feature […]