This year’s main event for Microsoft Dynamics product line is now over and done with. It was the second time I attended Microsoft Convergence, and the first one on US soil. Here are some of my miscellaneous notes and thoughts on the event.

First of all, getting to Convergence 2010 in Atlanta this year was not easy, as I’m sure many fellow Europeans noticed. No, the problem was not in acquiring tickets or hotel accomodation, it was in the physical act of getting to Atlanta through the volcanic ash cloud that paralyzed the airspace in most of Europe the week before Convergence was set to start. I was in Kuala Lumpur at the time of the eruption and had to re-route myself directly from Malaysia to United States, without visiting my home base in Helsinki. The one week trip in South-East Asia turned out to be a three week trip around the world, which was a bit of a rough ride, but I’m glad to have made it to all the meetings I had planned, attended Convergence for the whole duration of the event and returning safely back home (with a huge pile of laundry in my luggage).

The event took place in Georgia World Congress Center in downtown Atlanta. Even though there were over 8.500 attendees to this years Convergence, which is a huge event on my scale, it still felt like GWCC was half empty, which should give you an idea of the sheer size of the building complex (check out some fun facts here). This meant a lot of walking between the sessions, but a small exercise never hurts. Feeding all the thousands of people cannot be an easy task, but the organizers pulled it off quite nicely with the help of the gigantic buffet hall and of course a countless number of coffee and snack stands everywhere. All in all, great surroundings for the event, which is probably why it was announced that also Convergence 2011 will be held in Atlanta. 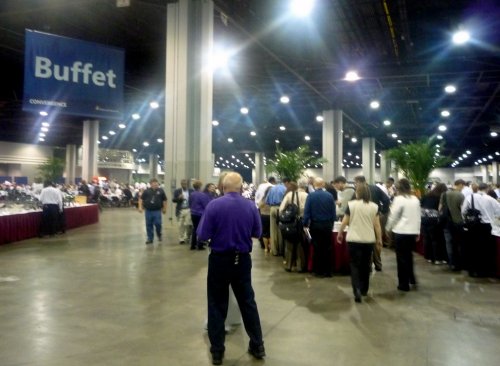 The opening keynote this year didn’t deliver anything spectacular. GP 2010 was announced, as was the upcoming global availability of CRM Online, but all of this was very much business-as-usual. Kirill delivered basically the same Dynamic Business message as he did in Convergence 2008 Copenhagen, with the added flavour of cloud computing. There was a nice R&D Labs demo of a product concept utilizing a touch screen overlay for a “65 screen from NextWindow and a business application that allowed touch-based adjustment of sales forecasts derived from fictional social network data analytics. While I’m somewhat sceptic about companies reaching that level of sophistication in mining the social buzz level around their product lines anytime soon, the in-store utilization of touch screen UI’s presenting unified product catalog data in both web stores as well as retail outlets may not be such a distant concept anymore. Expanding the usage of ERP data to the new retail use cases with direct customer interaction will surely require a whole new mindset in application design, something which is might be considered the ERP equivalent of the Social CRM movement (more on that later).

“We’re all in”, that is the primary message from Microsoft these days. The “in” is of course the Cloud, which MS is considering to be at least as big a shift for IT business as the invention of the graphical UI or the browser based Internet. I think many people in the audience were still cautious when estimating the impact of cloud computing for their own field of information management and application development, which is an understandable approach at this early stage, when the hype surrounding the cloud is still at such a peak level. Nevertheless, everyone needs to keep their eyes open and observe what is going on in the world around them. For example, I guess almost all of the CRM related sessions at Convergence 2010 were using specifically CRM Online for the demos (except for a few local virtual machines that were probably needed in some cases). The big shift is that the Online offering has taken the center stage in Microsoft’s CRM product message, with the on-premises version slowly but surely becoming an option that is still available. Will we eventually see MS CRM going 100% hosted á la Salesforce.com?

A good example of the benefits of running your Dynamics CRM in the cloud instead of your own server behind the firewall are the recently announced portal accelerators for CRM Online. The package that initially includes Event, eService and Partner Management accelerators is presumably going to offer a full Portal Development Toolkit (see the MS Partner Network presentation for May 2010 release). What you effectively get is a CMS system for building websites with dynamic content straight out of your Dynamics CRM Online database, with out-of-the-box content hosting and CRM integration running on Azure. There have already been products like this offered by ISV’s like Adxstudio before (who, I believe, are also behind the portal accelerator development), but providing it as an extension to CRM Online can lower the barrier to such a level that I’m sure many customers cannot resist the temptation to try it out. Considering that there is no External Connector license model for CRM Online (like there is for on-premises installations), the total cost of having the basic web + CRM functionality could potentially be highly attractive for many SMB’s. 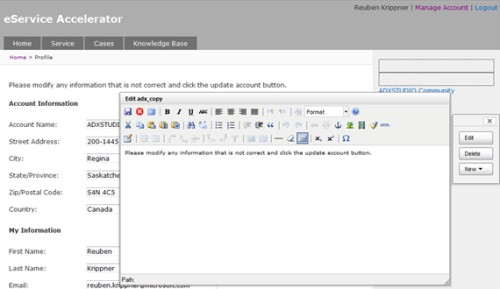 Since the Office 2010 wave of products was released very recently, there was of course some promotion of SharePoint 2010 and how it can be “better together” with CRM. On a practical level there wasn’t too much to show about the synergies, as the demos were along the lines of showing SharePoint search results in an account form iFrame. Useful, but hardly revolutionary. Many vendors are promoting their automatic document library integration products, but if you want my opinion, I’d say you should wait to see what CRM 5.0 (edit: make that Dynamics CRM 2011) will offer on that front before committing to ISV add-ons. All in all, the best demos related to Office 2010 were actually the PowerPivot examples of building dynamic data cubes directly on the client PC instead of relying on SQL Server Analysis Services. Very cool stuff, wish I could convince our corporate IM department to upgrade my Excel so I’d be able to try some of that “personal BI” magic…

That’s it for the first part of the article. Check out Part 2, where I’ll be discussing how the word “social” is changing the world around CRM and Microsoft.